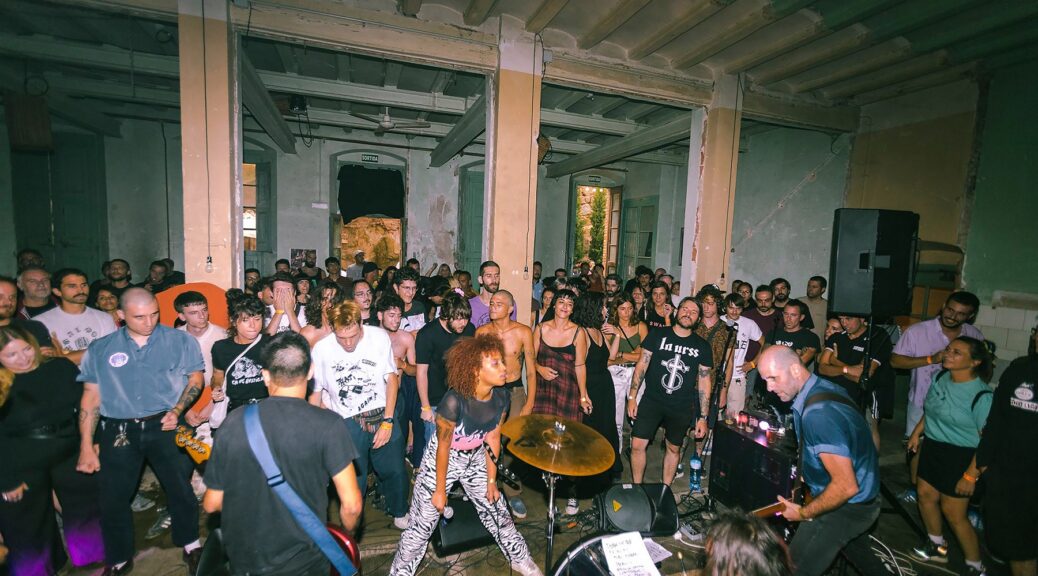 Traversing the Atlantic this summer are the one and only PÓDIUM, from Valencia, Spain.  This hardcore post-punk ensemble is full on intensity, and not for the weary. Their supersonic grand-slam sound is emphatically charged with unabashed fury and rambunctious frenzy. On a tour taking them through Canada, the USA, Mexico and back to Europe, PÓDIUM’s fervor will set your clubs ablaze, will sting you without hesitation like a disturbed nest of deadly wasps and will make your ears explode and bleed profusely .

Who are Podium?  How did you form and how long have you been together?

Salva: Podium are Nick (guitarist), África (singer), Carmona (drummer) and Salva (bassist). We’ve known each other for a long time, so when Nick started the project about 4 years ago it all happened pretty organically.

What does the name Podium signify – why did you call yourselves this?

Salva:  A podium is where the winners of a competition end up and also where dancers dance in a nightclub. It just had a nice ring I guess, at least here in Spain.

Nick: Music wise, tons of bands. Spits, Minor Threat, Ministry, Shellac, Doneheads, derrota…. I’m lately listening to a lot of ambient and weird experimental music. Midori Takada , Barbas indomitas….My guilty pleasure is Bob Marley. But for podium is mostly punk, hardcore, metal kinda thing. And about other stuff I don’t know…spaghetti, nice looking doors, sitting on the sofa doing absolutely nothing, Mark Rothko, the lights inside buses at night, making weird noises with my mouth to my dog, touching expensive paintings at museums when nobody’s looking, science, I love science! Did you know days are longer than years on Venus?? I don’t know, I can go on for ever… life is all about observing around you with kindness and fury.

What is your song writing process and instruments, techniques/effects of choice?

Salva: Nick usually brings in either ideas or full songs. Then we work on them at band practice, África writes the lyrics and that’s pretty much it. He usually records demos at home and the main effect of choice is a nasty octave fuzz pedal.

Salva: The songs talk about a variety of topics like wanting everything to burn, losing something and not being able to find or feeling like a stranger in your own homeland.

How did you getting on Slovenly Records come about?

Salva: Some of us met Pete through friends a few years ago. When he heard the band he liked and showed interest so we went from there. Everything has been really easy with them, it feels like we’re working with friends and they’ve treated us great.

How has living in Valencia, Spain influenced your sound?

Salva: The scene in Valencia is very vibrant. There is a huge variety of projects, lots of people doing very different types of music. Living in Valencia has been a factor in our sound, but more so we have been influenced by that vibrance and the will to do things. 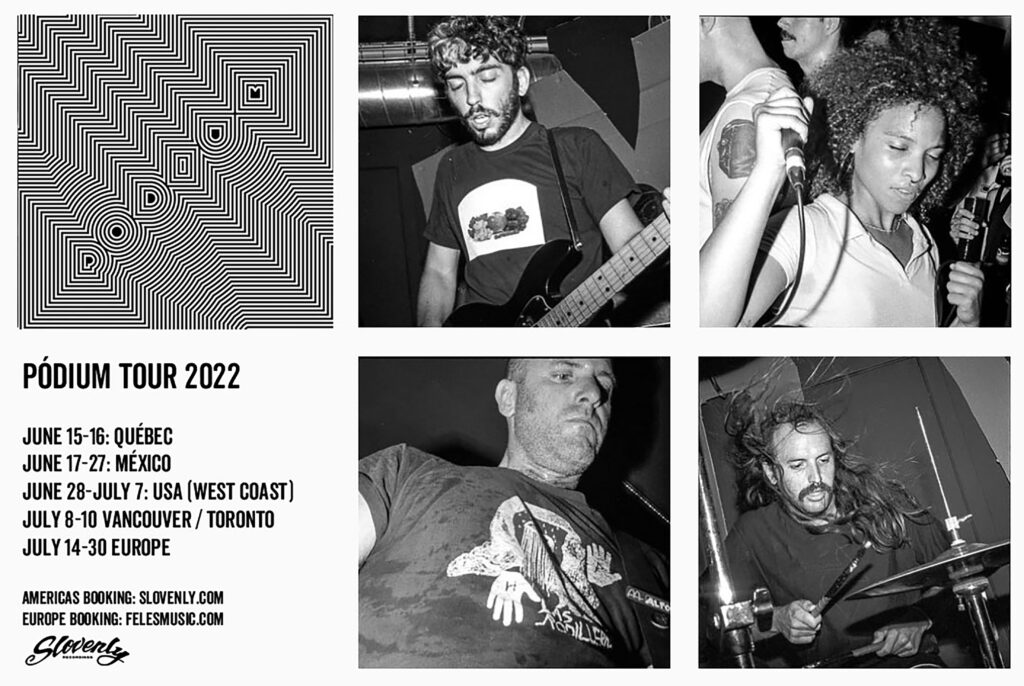 How active and vibrant is the punk rock music scene in Valencia? Any key influences from the area now or in the past?

Salva: As I’ve mentioned, it is very vibrant. I would say the thing that stands out is the sheer quantity of new projects being created constantly and also the quality. Valencia is a very musical city. As far as influences from the area go for this particular project, I’m not sure.

How has it been with COVID?  Things seemed pretty intense in Spain in the beginning. How did this affect you as a band, or in your personal lives?

Salva: COVID hit Spain hard. Very serious restrictions, a police state. Things were extremely hard for bands in Spain for a long time but it seems things are better now and we can at least play gigs again. Apart from the obvious deaths, COVID has been used as a political tool in Spain (as it has in almost every other country) to set people back a few years in terms of social and political freedom. 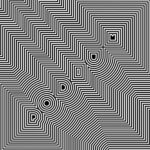 Can you describe the excitement you must feel for your impending Mexico/US/Canada tour?  Any cities you are particularly looking forward to playing?

Salva: It really is great to be able to go on this tour after these difficult years. We’re very excited for the new places, but also very excited to return to Mexico and see all the friends we made there last year. We’re looking forward to playing everywhere, but a few cities in Mexico are very special to us.

Can you express what your current or future vision is for Podium?

Salva: Who knows what the future holds. For now, the present of Podium is getting back on the road and working hard on those shows. 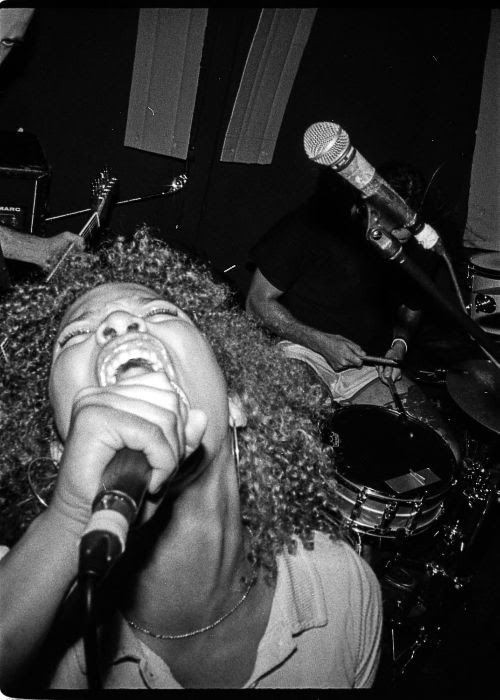